Amid COVID-19 concerns, residents and visitors will have the option to skip the meter and pay for parking via mobile app.

Barre, VT  – ParkMobile, the leading provider of smart parking and mobility solutions in the U.S., announced today a new partnership with the City of Barre, Vermont, to allow residents and visitors to pay for parking on their mobile device. The ParkMobile app will be available at more than 650 metered on-street spaces and in off-street lots throughout the city. With the recent COVID-19 crisis, many city leaders are encouraging residents and visitors to use the app instead of the meter to prevent the spread of the virus.

ParkMobile is the #1 parking app in the U.S. with over 19 million users and available for both iPhone and Android devices. To pay for parking with the app, a user enters the space/zone number posted on the stickers and signs around the meter. The user then selects the amount of time needed and touches the “Start Parking” button to begin the session. The user can also extend the time of the parking session on their mobile device, without having to go back to the meter.

ParkMobile has a large presence in Vermont and across New England. There are close to 180,000 users in the state of Vermont and over 1 million users in the region. In addition to the City of Barre, ParkMobile is widely available in Vermont cities including Burlington and Winooski, as well as the campuses of the University of Vermont in Burlington and Champlain College Burlington. Beyond the state, ParkMobile is available at over 400 cities across the United States.

"The City of Barre wants to ensure the safety of visitors and residents,” says Barre City Manager Steve Mackenzie. “By partnering with ParkMobile to offer contactless parking payments, we are working to provide our community residents and personnel with a smarter and safer way to pay for parking.”

“We’re excited to bring contactless parking payments to the City of Barre,” says Jon Ziglar, CEO of ParkMobile. “We have well over 1 million ParkMobile users across New England who will now be able to skip the meter and safety pay for parking on their mobile devices wherever they go.”

ParkMobile, LLC is the leading provider of smart parking and mobility solutions in North America, using a contactless approach to help millions of people easily find, reserve, and pay for parking on their mobile device. The company’s technology is used in thousands of locations across the country, including 8 of the top 10 cities as well as college campuses, airports, and stadiums. People can use ParkMobile solutions to quickly pay for on-street and off-street parking without having to use a meter or kiosk. Additionally, ParkMobile offers parking reservations at stadium venues for concerts and sporting events. Reservations are also available in metro area garages, allowing people to drive into the city without having to worry about finding parking. ParkMobile has been named to the Inc. 5000, Deloitte Fast 500, Smart Cities Connect “Smart 50,” and the Atlanta Journal Constitution’s Top Workplaces. Additionally, the company won the 2020 Stevie Awards for Achievement in Product Innovation and the 2019 Stevie Awards for Most Innovative Tech Company and Best Travel App. For more information, visit ParkMobile.io or @ParkMobile on Twitter. 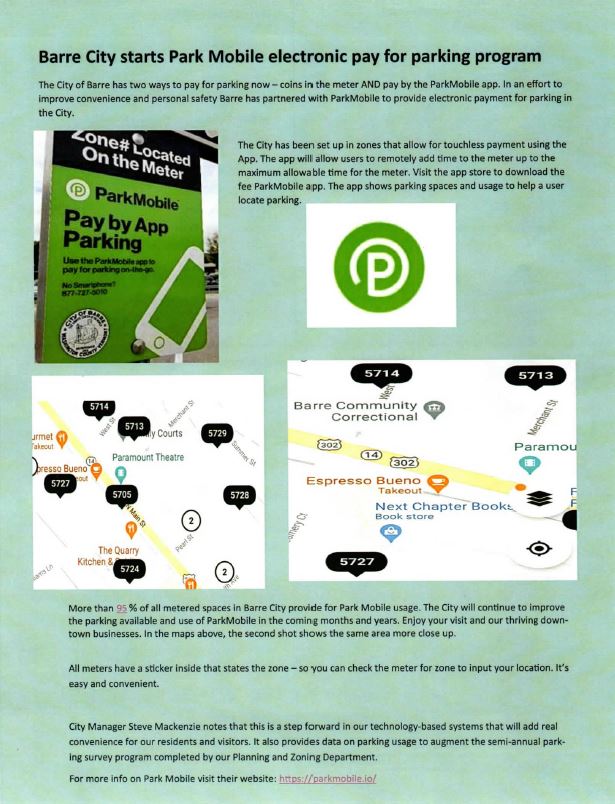